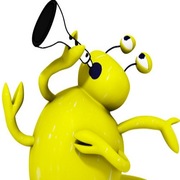 Events around the country to celebrate one year until the London 2012 Olympic Games include a treasure hunt in East London and an open-air screening in Trafalgar Square of Tate Movie Project's 'The Itch of the Golden Nit', an animated film created by thousands of children across Britain, with characters voiced by David Walliams, Miranda Hart, Catherine Tate and others, as well as a variety of family workshops (Jul 23 11am-5pm).

To find out more and events near you click here