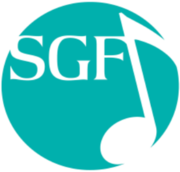 The third annual Stroud Green Festival presents a series of concerts featuring internationally acclaimed artists as well as brilliant up-and-coming young musicians, many of whom live locally. Most concerts cost £12 (£8 concs), apart from Sat the 18th (£20/£14), and 2 Pay What You Can events

Sat 18 June, 8pm - Emma Kirkby (soprano), Jacob Heringman (lute) & Dowland Works Lute songs by John Dowland, John Danyel and from the court of Charles I, performed by Emma Kirkby, one of the UK's favourite sopranos, with acclaimed lutenist Jacob Heringman and the next generation of voice and lute performers (Holy Trinity Church)

Thu 23 June, 6-10pm - Music on Tap - 4-hour celebration of English & European music from the Middle Ages to the 19th century by a host of festival musicians (PAY WHAT YOU CAN)

Sat 25 June, 8pm - Spiritato! - A Taste of this Nation (Exploring the sounds of London at the beginning of the 18th century)