Drivers in Haringey to be Fined for Unneccessarily Idling Engine 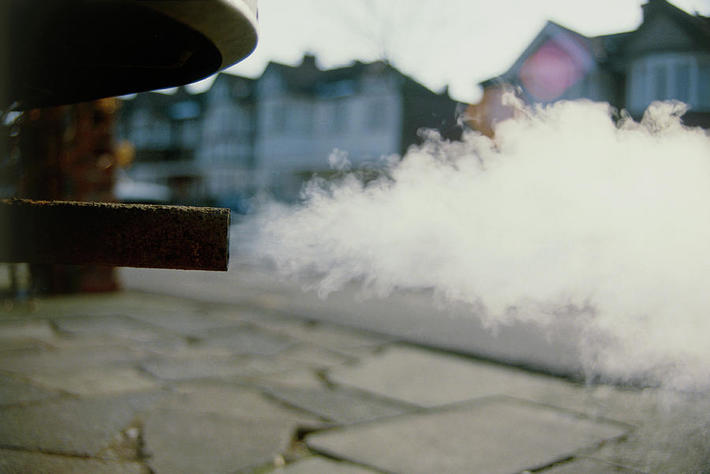 Drivers in Haringey who leave their engines running while their cars are at a standstill could be fined to help cut traffic pollution.

Penalties of £20 (£40 if not paid within 28 days) will be issued to drivers in Haringey who refuse to turn off their engines when told to do so by an enforcement officer.

In a welcome move approved at a meeting of Haringey’s cabinet last week, will change driver behaviour and help to reduce pollution.

Under road traffic regulations, whilst drivers are allowed to leave their engines running when it is deemed necessary, such as while queuing at traffic lights and defrosting windscreens, leaving the engine running unnecessarily while a car is at a standstill is an offence

But in some situations – such as leaving an engine running while parked outside a school waiting for children – they are committing an offence.

Under the measures agreed by the council, an enforcement officer will warn drivers who are caught idling and give them a chance to switch off their engines.If the driver refuses, they will be given a £20 fixed penalty notice.

The council has previously had the power to crack down on engine idling but doing so was not considered “the most cost-effective means of reducing air pollution”.

That is because few FPNs were issued in boroughs that chose to enforce anti-idling measures.

Council papers say the anti-idling charge is “unlikely to have significant effect on air quality by itself”.

But idling was the most talked-about problem among people who responded to a consultation on the council’s air quality action plan.

One in ten respondents wanted stricter enforcement measures around schools and other common places for idling.

This is a welcome move, but will it have much effect?

Brilliant, about time! My other half was forced to go out in the street at 1.30am on Saturday because someone had parked outside with their engine running – when he approached the car the driver was having a nap! How many of these enforcements officers will be employed though?

It's odd how people do this. Yesterday a woman sat in her car parked outside my house, watching a film or live TV with her engine running for about 20 minutes or so.

I could at least understand if it had been very hot or cold. There would then at least have been a reason to run the engine. But there was not even any logic to running the engine as far as I could make out - unless she wanted to charge her phone and was worried about making her battery flat.

I'm guessing the penalties will be enforced by existing officers. But, at least having the penalty regime in place should act as public education.

It's because she was running her phone/DVD player through the car 12v port.  If you switch off the engine you lose charge to your device.  Certainly in my car, the engine needs to be running in order to charge my phone,

One wonders how many minutes of running engines this design feature is responsible for.

Given the current state of climate change, every little helps. It wouldn't be hard for this facility to be designed out - as in the engine would cut out if left running more than x minutes with a phone charger plugged in.

Whilst it's far from being the biggest issue, a government-led initiative to tackle it as part of a raft of similar changes could be make a difference.

I wonder if that's the same guy who regularly naps in his car near me MD.

It's noisy and filthy. I wonder how to report and get these people fined?

Great! There is a guy in a red van who idles at the top of Pemberton almost every morning. He’s often there when I’m on my way taking kids down to the school and still there, with the engine running, on my return, a minimum of 15mins but likely a lot longer.

I stopped yesterday morning, after I wrote the above comment. Asked him to wind down his window, and asked politely if he would turn his engine off whilst parked. I even explained he could get fined for idling and there was a school near by. He waved me away dismissively and wound his window up. I do hope they start enforcing this!

All Talk and Not Action

It's a small instant finger-pointer or 'gotcha' as you walk past it.

Mobile phone to ear when driving is another though with bigger consequences   if    caught.

In very nearly all of both cases the event passes scot-free.

Yes it's right, and educative and will pop up on the website and in 'Haringey People' like flytipping fines and High Road littering fines have done recently.

But to enforce it further will need the magic money tree. Ah, hang on, that was last election...

Excellent. The kind of people that do this outside my house do not appear to be the type to take polite suggestions kindly.

Now let's hope they enforce it...

Good move but I hope after a year they double the fine.

Good move, but I suppose a higher penalty and an accompanying awareness campaign would go a lot further than a small number of enforcement officers tutting at drivers idling...