I was stood at the bus stop on GL outside Iceland at around 17:50 yesterday and saw something that just beggars belief.

A Veolia van rock up to pick up waste bags left on the street in purple bags- as they normally do at this time of day. My attention was caught by the sound of a bag not being thrown fully into the back of the caged van, and it sounded and looked as I turned like it, or at least its contents, were spilling onto the floor and splatting everywhere.

I took a few photos from a distance as I had a feeling that the rubbish I saw and heard falling would be left as the half dozen or so other bags were picked up and put into the caged back of the van. I must be psychic or something, but of course it was left.

The van drove off as I walked towards the mess and some kindly sole stepped into the road to use his foot to sweep some of the much into the gutter and out of the road- there was not much he or I could do with the massive bag of rice and filth covered rubbish with his hands to be fair, and so it sat there for the rats/dogs/foxes and cars to mush into the road and residents to walk through or round! I expect it will be on that path and road for over 12 hours until the poor sod who has to sweep the streets arrives to clear it up.

Surely people on street cleaning operations have a dustpan and brush, or shovel and broom, and clear up after themselves? Or, is that asking just a little too much?

I will report this to Veolia and let you know what they say but this really takes the biscuit! 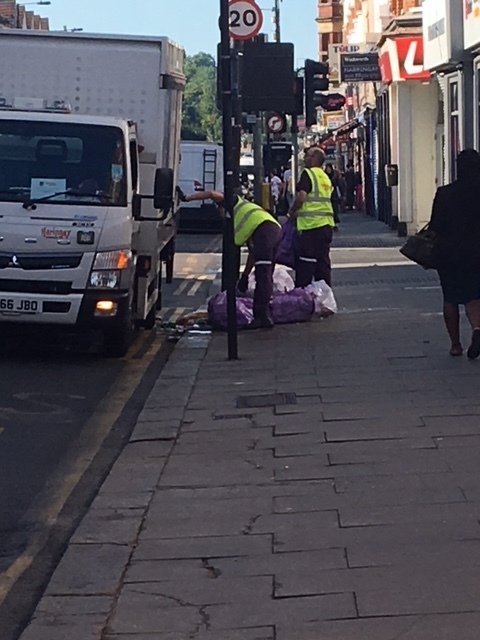 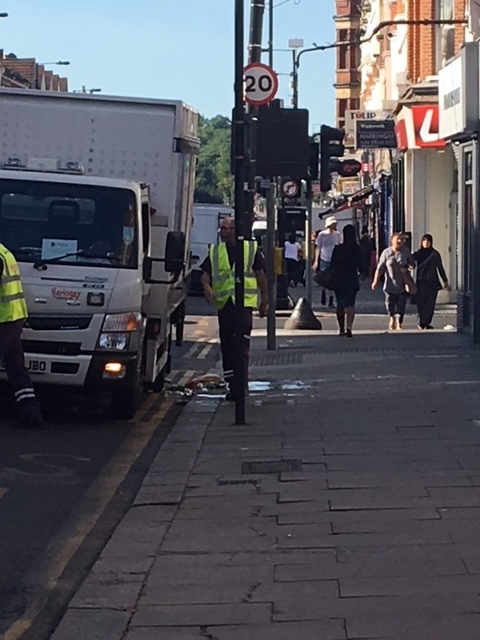 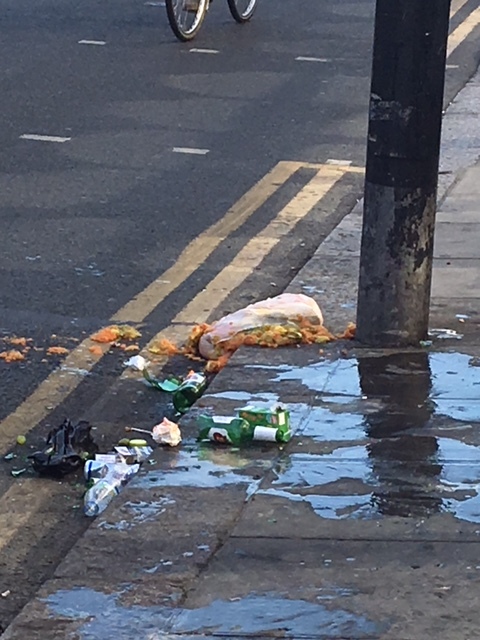 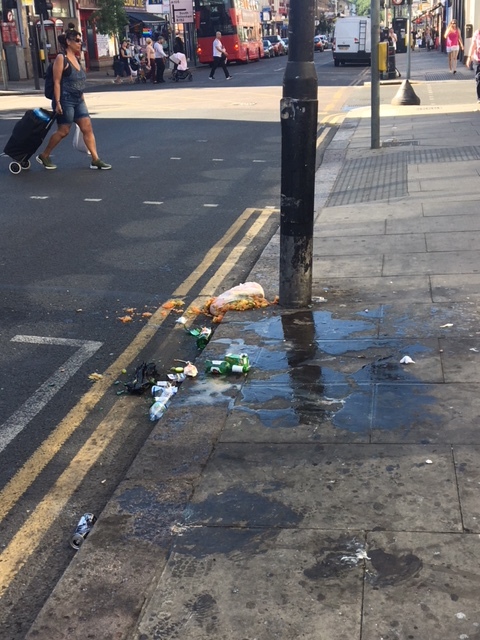 I'm sure one of the new councillors will be keen to help!

Already done, though I have forwarded it to David Shipp of Haringey Council who looks after GL- he is usually quite on it!

Not good enough Veolia, thanks Justin for following up,

It's just rubbish really isn't it. Broom & shovel it.

Nothing like going the extra mile, or even the six inches you are supposed to in the first place...

Get Harry Kane on it. That golden boot will have it sorted in ... about 60 mins

But good look with that! They NEVER reply

This must be down to all the CUTS

I asked Zena Brabazon (my wife) who said she replied to Justin on Monday. He'd already contacted David Shipp (Enforcement Manager) which would also have been Zena's response.