Origins of the Stanley Road Triangle

By the early 1860s, a triangular grid of roads had been laid out to the south of West Green Road, just east of Green Lanes. 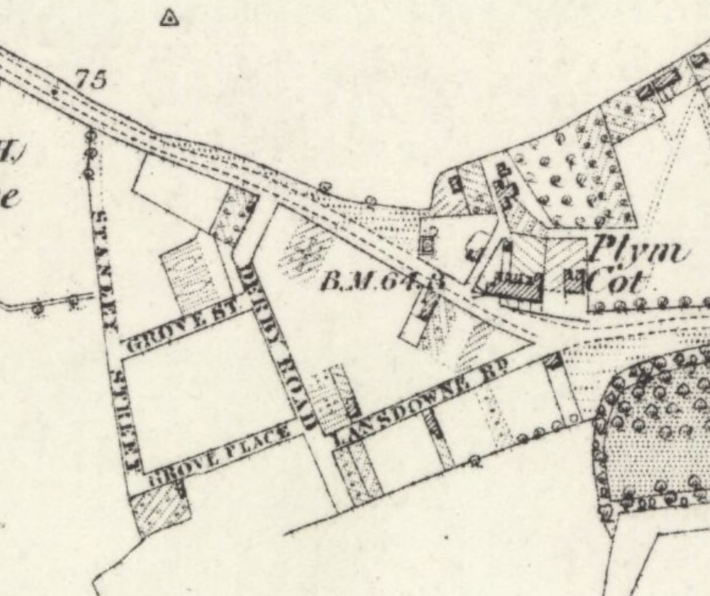 The Ordnance Survey map was surveyed a the very point that the roads had been laid out and just as they were being sold for development. The surveyor used a number of names that were different to those used in the 1893 map and none of which apparently survive today.

Derby Road - Built over as part of the late twentieth century redevelopment.

Grove Place - Renamed Ely Place by 1893 and again as part of Park Road by 1898, built over as part of the late twentieth century redevelopment.

Grove Street - Built over as part of the late twentieth century redevelopment.

Lansdowne Road - Renamed Culross Road by 1893, built over as part of the late twentieth century redevelopment.

Stanley Street - now Stanley Road. In fact the surveyor may have made a mistake here. As you will see below, all other contemporary references use Stanley Road. So this is probably the one surviving street name.

By 1863, many building lots were being sold off in the roads as newspaper advertisements from the time attest. 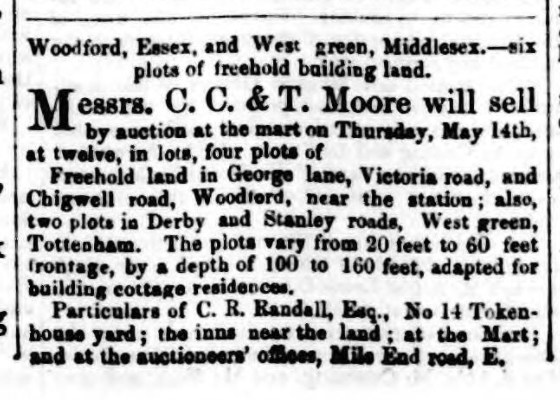 One year later, a nascent community was already established. Just up the road in West Green Road, towards Green Lanes, the Green Gate pub had opened for business. 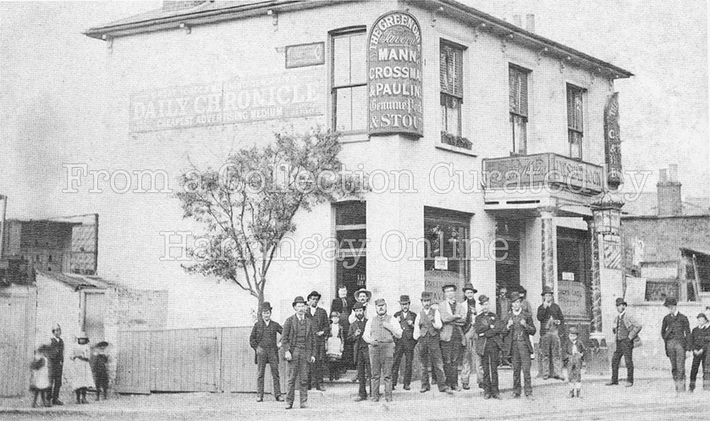 From the mid 1860s, some of the houses on the Stanley Road Triangle had been occupied. Contemporary newspapers offer a variety of evidence.

In 1867, a Stanley Road man was collared by the long arm of the law.

The next year, a carpenter living in the charming sounding Finches Cottage on Derby Road was looking for a young lad as an apprentice.

Other properties were apparently still being completed and sold. Records offer many newspaper advertisements for house sales from 1864 through to the end of the 1860s and beyond. Below are a couple of examples.

By about 1890, it looks like the whole of the Stanley traingle was built up. The Ordnance Survey 1952 map, shows that the Ely Place name was dropped and renamed as an extension of Park Road. Records show this happened between 1893 and 1898. 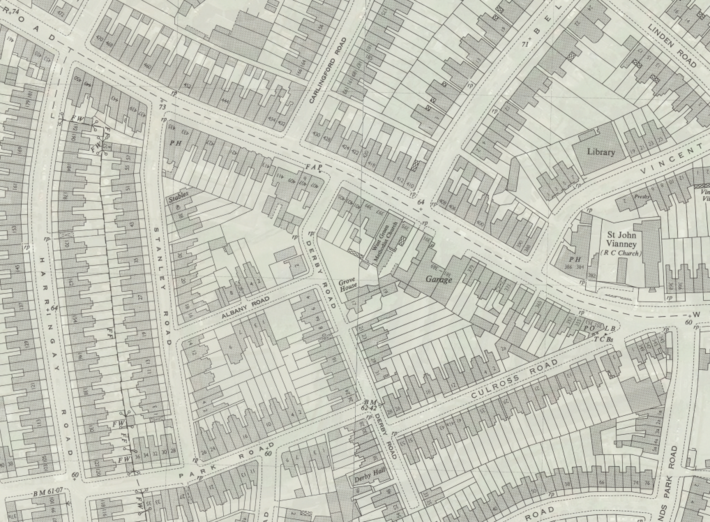 During the second half of the twentieth century, the houses on all the roads in the triangle were demolished for redevelopment, with the exception of those on the western side of Stanley Road. The architectural style suggests that these may have been built nearer to the end of the nineteenth century, starting form the north and working south. Perhaps, they were estimated to be of sounder construction. I wonder if those closest to West Green Road were Camellia Villas that were sold in the 1885 advertisement (above)

Planning applications on record from 1971 and 1975 date the twentieth century redevelopment as having taken place during the first half of the 1970s.

Thanks for that Hugh.   The 1893 Ordnance Survey shows the two properties that hold my family history interest, so another little piece of info gleaned.   Thanks for your time and effort.