Below is a series of photos showing the development of Sainsbury's in Crouch End.

The store opened at the end of the nineteenth century and ran until 1971. As the pictures show, the shop did grow and develop through the years. But when it closed in 1971, it was one of the vanishingly small number of grocery stores still operating as a counter service shop. It never made the step to supermarket.

There was a special link between the Sainsbury family and Crouch End. From the last decade of the nineteenth century until the middle of the next one, the son of the founder of Sainsbury's, and its second chairman, lived in Crouch End. John Benjamin Sainsbury and his wife Mabel lived at 14 Avenue Road (Pitlochrie), Crouch End. By 1911, they had moved to 33 Eaton Road Hampstead. 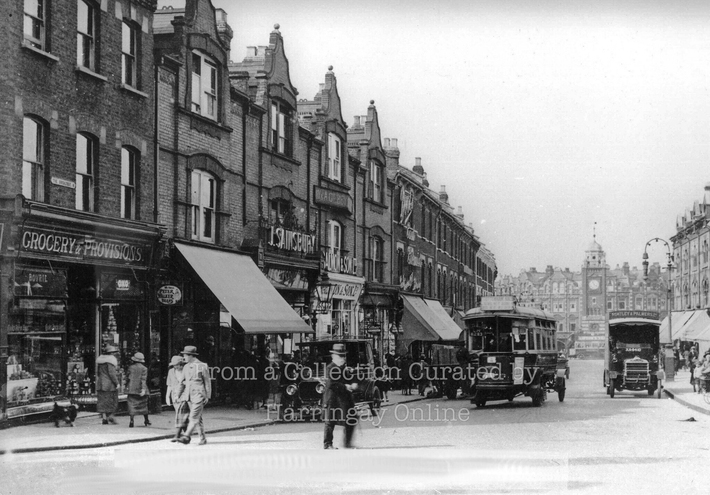 Sainsbury's at 5 Broadway in about 1915. Until recently the premises was occupied by Santander Bank. 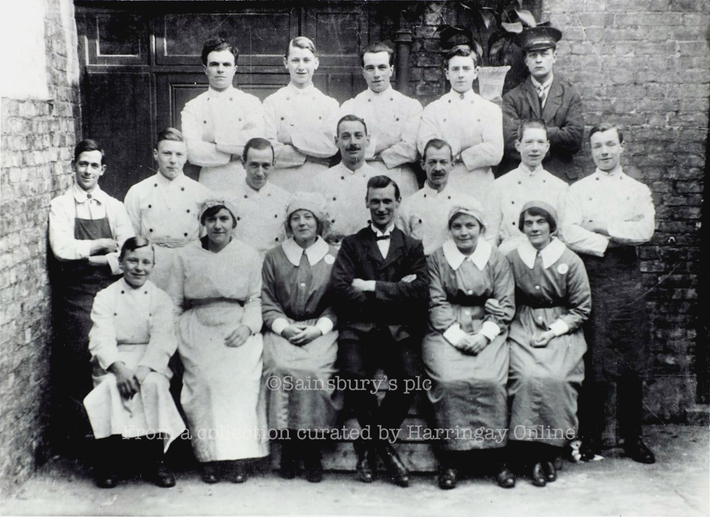 The staff of Sainsbury's Crouch End in 1922 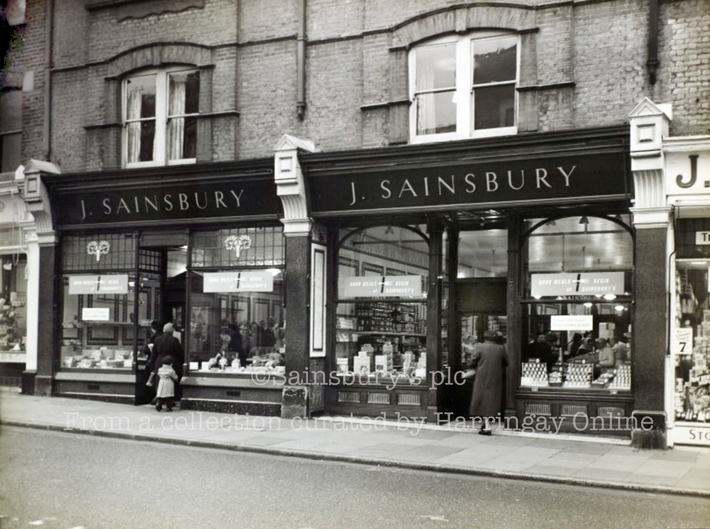 The store had expanded into 3 Broadway in 1930. This photo shows the store just before it was given it's post-war modernisation facelift. Shot in January 1954. 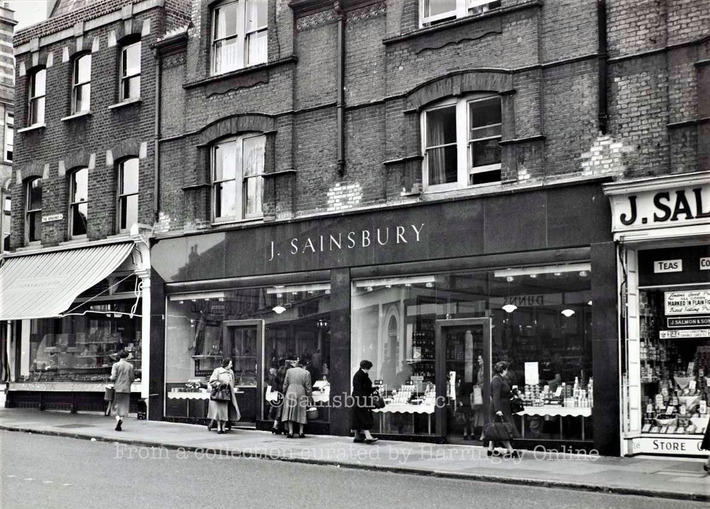 After modernisation. but still a traditional counter store inside. April, 1954 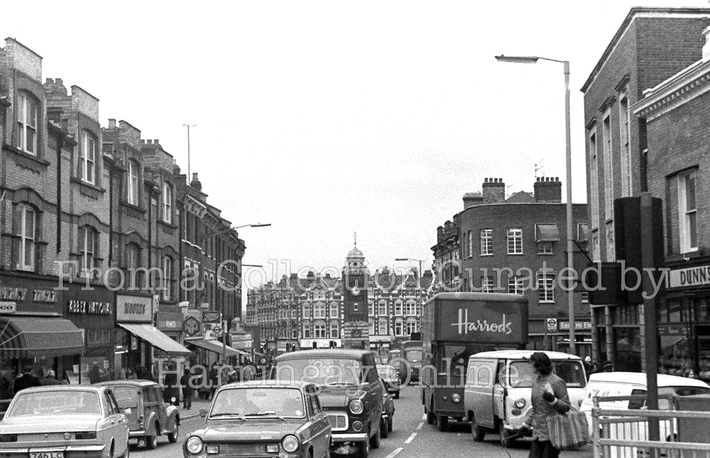 By 1975, Percy Ingle and Abbey National had moved in (the two stores on the far left)

My thanks to Sainsbury's archives for all but the first and last photos. My thanks to Ken Stevens for putting me on the trail of the others.