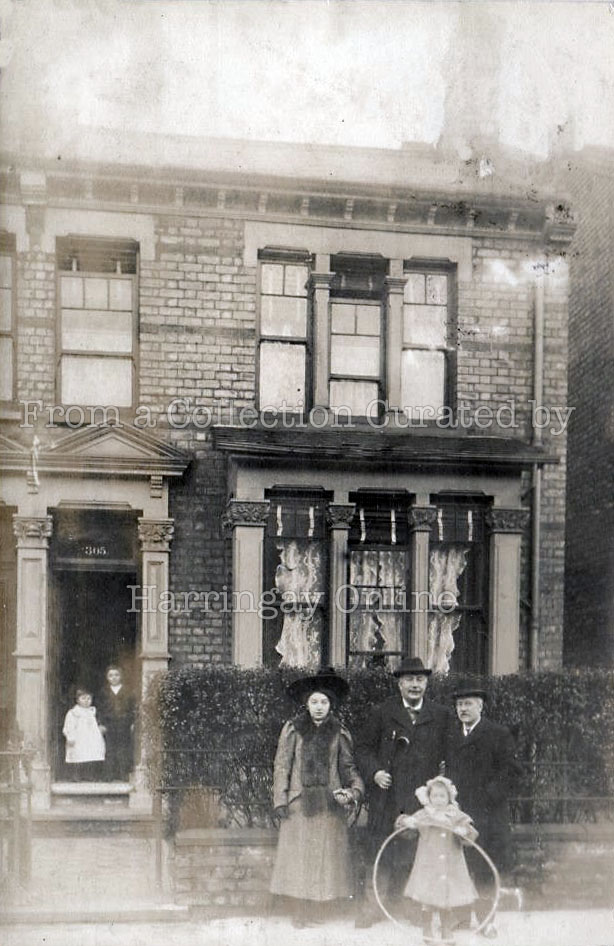 The postcard was marked "our house" on the rear. It was postmarked but I do not have the date.

Henry and Anne Perrot lived in the house from 1904 to 1905.They had three children at the time. The eldest was Reginald, aged 6. Ethel was 5 and Winifred just 3.

Henry was a Carpenter and Joiner, working with the Great Northern Railway. The family moved out at the end of 1905.

The other candidate was Rose Byrd. At the start of 1904 she was living in Station Mansions on the corner of Hampden Road with her husband Frederick, a shop fitter's clerk. By the end of 1905 they had moved in to number 305. Their son Charles was aged 5 and Stanley was newborn. Frederick died in January 1906. By 1911, the census shows that Rose was running the premises as a boarding house. She continued to live there into the 1920s.

I'd say that the profile best fits the Perrot's. The photo might show Reginald and his youngest sister Winifred standing in the doorway. On the street outside the house, perhaps we have Anne and Henry with their older daughter Ethel. Perhaps the gent in the middle is the father of one of the two.

Great bit of research Hugh - I do love these stories. Maybe in future add an image of what the house or the subject looks like today? Well done.

Thanks David. Contemporary picture below from Street View. 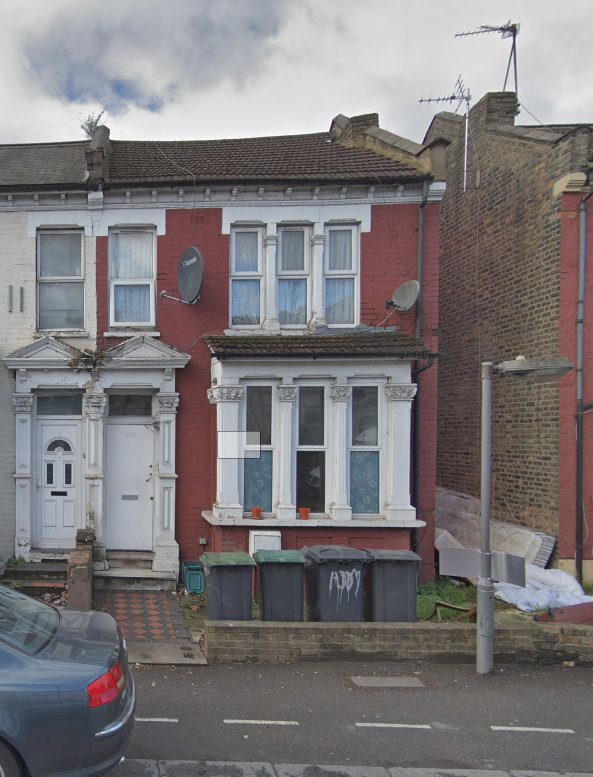 So difficult to find a photo of a house around here without a mattress or two casually dumped outside, at least they aren't on the pavement, which seems to become popular..........

Good work. It does emphasise how unsuccessful the double glazing firms have been in providing suitable windows for these lovely old houses.

This is just up the road from the house that my grandparents lived in from the 1930's to the 1980's where I spent most of my weekends and school holidays. This was always my favourite area to be in at that time.

That once grand family house looks rather sorry now.

Those popular heavy wooden Venetian blinds I remember very well. They were fitted in several rooms in Northumberland House.