Martin family in the Back Yard at 31 Myddleton Rd c1910 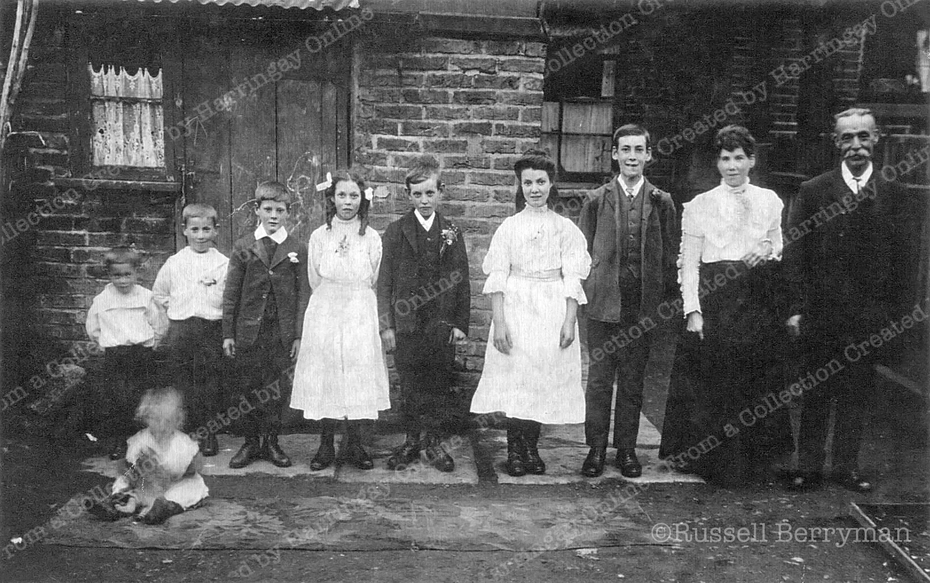 Myddleton Road is one of the roads running off the north of Hornsey High Street. In the early twentieth century, in common wiht the neighbouring roads, it contained a close working class community in cheap Victorian housing. Almost all the working class housing, both to the north and south of the high street was demolished in the 1960s.

Photos of the streets are rare. Ones of the occupants still rarer. This is one of the reasons I was particularly drawn to this striking photo. It is published with the permission of the descendant of the Martin family. pictured.

Alfred was a gas fitter's labourer.

Tags (All lower case. Use " " for multiple word tags):
Albums: Historical Images of Hornsey | 2 of 2

Amazing photo. Once slum cleared in 1950s or 60s Myddleton Rd was split in 2. The northern half now Campsfield Rd where my family were rehoused to in 1965. At number 7 were the Martin family. I wonder if they were descendants? Father was Monty. Many former slum residents, my family included, who had been rehoused for demolition, were rehoused back onto Campsbourne estate once new homes built.

What a wonderful record.   Can't be too many photos like this that have survived.  Hope it is treasured by the lucky descendants.