Southwood Hall, Home of Builder of The Gardens 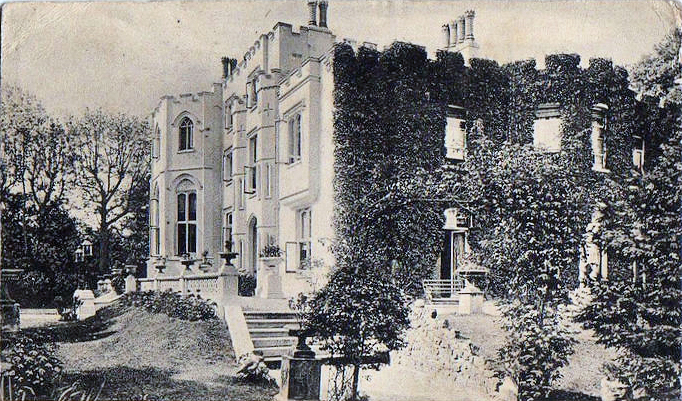 In my Wikipedia article on the builder of the Gardens, John Cathles Hill, I've written about how this son of a Scottish toll booth keeper arrived in London penniless aged 21 in 1878.

When he first moved to London Hill was recorded as living at 9 Albert Road, Tottenham, Middlesex. In 1882 he married a grocer’s daughter, Matilda Mose and by 1890 they had moved to Highgate, at the top of Whitehall Park (a 6 bedroom house at number 71, then known as "The Neuk" - now replaced by a block of flats). Four years later, success enabled a further move to a pseudo-gothic mansion called Southwood Hall at the junction of Muswell Hill Road and Wood Lane in Highgate. I’ve just found this picture of this grandest of Hill’s homes. Quite something for a toll booth keeper's son.

Whilst Hill lived very well for a while and was regularly feted back home in Scotland, life wasn't all plain sailing. In 1912 he went bankrupt. He was ruined, he claimed by the 1910 Finance Act. He died of a heart attack three years later, in 1915.

A sad end - but quite some journey!

Really interesting. Thanks for uploading.

Fascinating insight into the man who built our house! Thanks, Hugh.

Cathles?  In the 60s there was a councillor on Wood Green, George Cathles. Anyone know if related in some way?

Could be. He had a cousin called William Cathles who ran an off-licence in Wood Green.

PS: Thanks to the Whitehall Park Residents' Association I've just located the address of Hill's house in Whitehall Park which I've added to the text above.