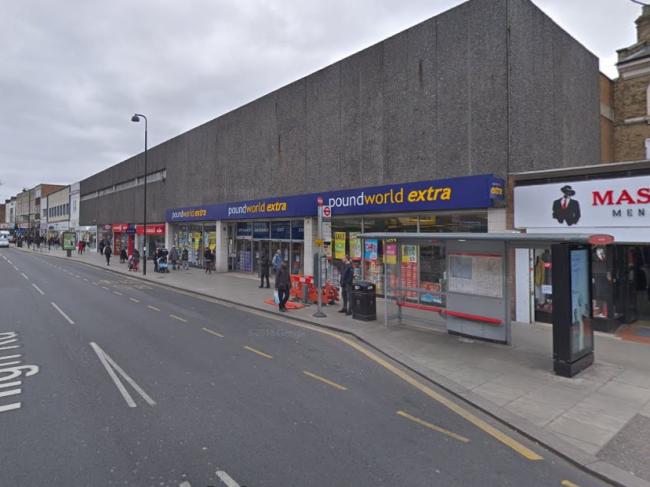 How it is: The site today (from Google Maps)

An eight-storey block of flats will be built on the site of the BHS store building on Wood Green High Street. This returns its use to that of the early Twentieth Century when Dovecote Villas used to stand on the same site. 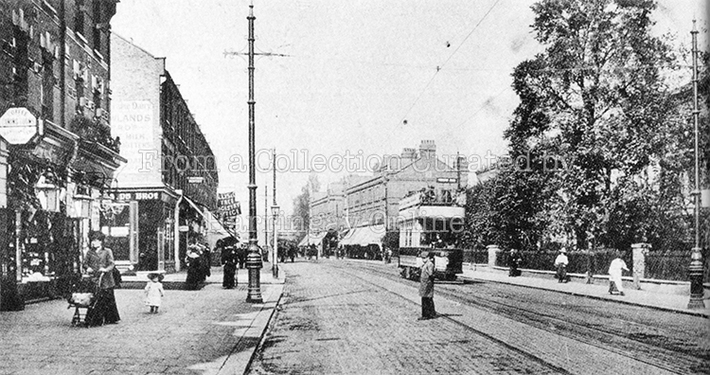 Haringey councillors have approved a development that will bring 197 new homes to Wood Green High Road, along with a hotel, shops and a public courtyard.

It will replace the brutalist concrete building that was home to a BHS store before the chain went out of business in 2016. 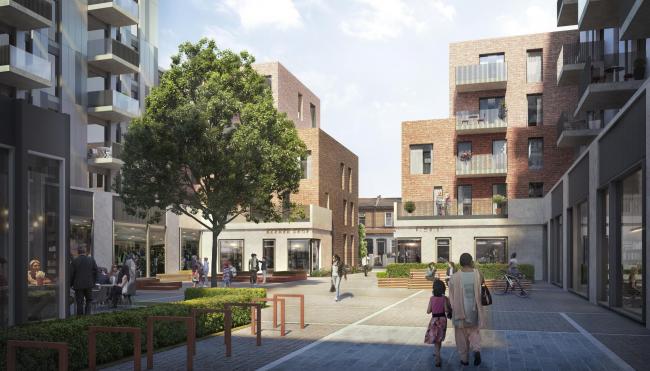 How it will be: Developer's sketch of what the development will look like

Interesting, I didn't think they would approve it after they refused the application next door at the M&S site.

Fingers Cross it goes through. Will help Housing Especially if Council Takes up chance to buy some at a Discount

Will also bring in more Rates

Nice. Almost anything is an improvement on what’s currently there.

When TfL went out for Crossrail 2 in 2015, they originally proposed using a big site on this building.

At the time they even acknowledged Haringey was less than enamoured with the Turnpike Lane/Ally Pally option, but have they forgotten this was a thing?

Or have I missed something?

... OR is it basically "bugger Crossrail 2 you can't even deliver the first one..."

The committee placed a condition on the proposal that work can't start unless TfL / Crossrail sign it off, or come to an agreement about how to make it work.

The Crossrail branch through Haringey is looking less certain anyhow - the National Infrastructure Commission has already reported that the branch from Seven Sisters to New Southgate is not good value for money. Crossrail has been tasked with reviewing whether it should be delayed till 2040/2050, or whether to cut it altogether. So it's more of a bugger North London thing.

the sooner this starts the better

Maybe that’s exactly what the council wants too, in order to get their preferred Crossrail route to Wood Green.

In recent weeks been driving around the Borough

Where is All this Rate Money going ?

I haven't had much time to pore through all the info, looks like it will be quite large taking not only the BHS site but everything from Tarshish up to and including Mighty Pound (so 1 shop from the old M&S building). Another projected view from Wood Green High Rd here: 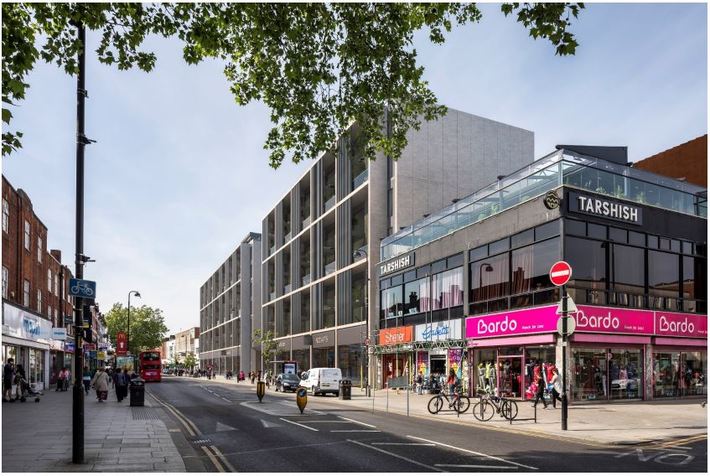 It does look like a major improvement - hopefully will give the area the uplift it requires so badly.

i agree it should be an improvement, thanks for posting!

I imagine this will be able to sell much quicker than Altitude in Hampden Road. This will have shops, buses, and tube right on its doorstep and looks much nicer. Let's hope they won't be permitted to pre-market in Asia as this is offputting to local buyers. Would be nice if it gave the High Road a boost. Hopefully, the M&S site will be redeveloped too.