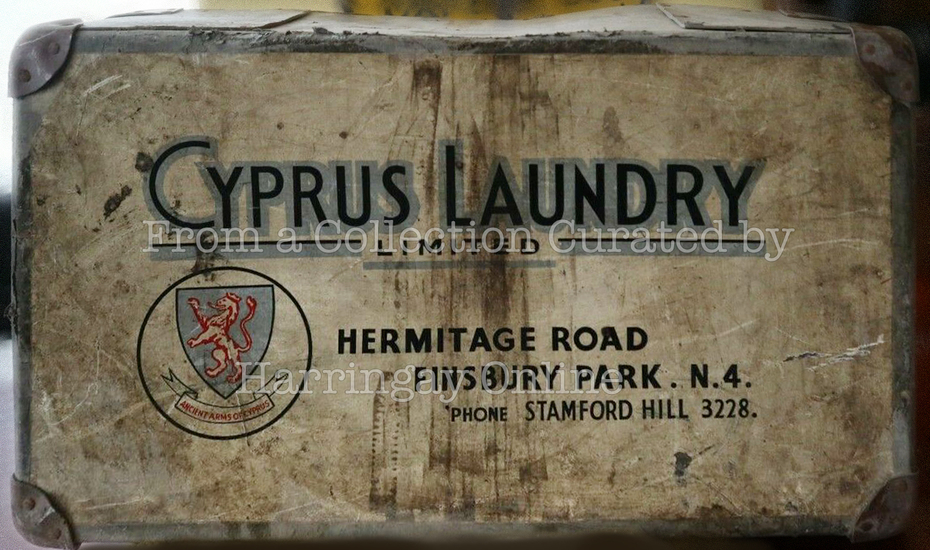 This laundry was at 25A Hermitage Road, set behind the first terrace of house on the left as you enter from Green Lanes. I twas demolished when Homebase was enlarged at at the start of this century.

The image below shows the 1938 OS map overlaid on a present-day Google satellite image. The laundry opened at the Hermitage Laundry by 1889*. By 1903, it is recorded as being partly owned by a Mrs Scales. By 1905 it had been taken over by Arthur George Scales.

The Scales name is one with some history in that part of Harringay. A William Scales is associated with setting up the tile kilns that used to stand where Sainsbury's now is. The family also used to own the house called "The Hermitage' on a private road, called Hermitage Road, which they also owned. It's inconceivable to imagine that the Laundry Scales weren't members of the old family. 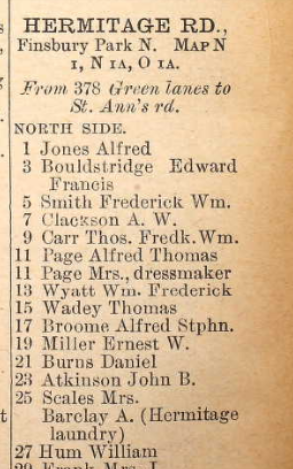 By 1907, the Hermitage Laundry had closed. It was reopened as the Cyprus Laundry in 1908.

This 1914 booklet was published as a promotional freebie. 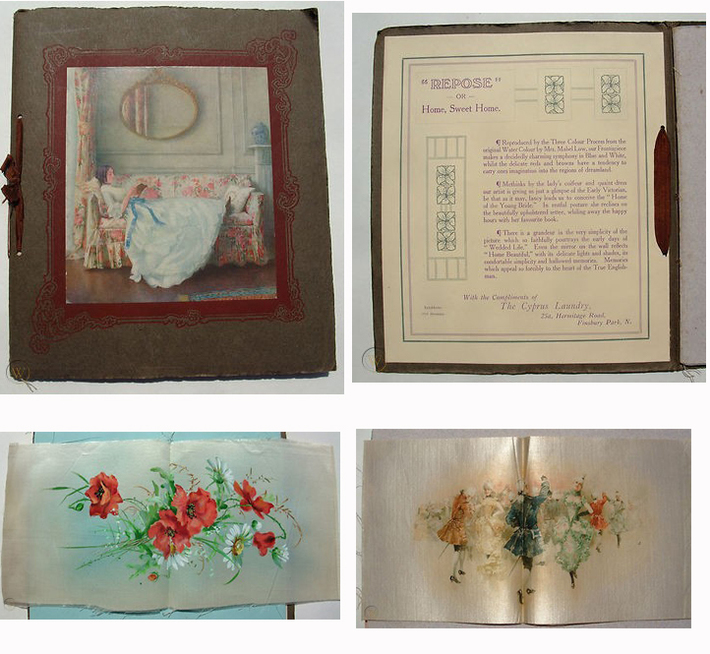 The text accompanying the images when I found them, described the item thus:

Edwardian complimentary booklet from The Cyprus Laundry, 25a Hermitage Road, Finsbury Park. Card cover with a beautiful reproduction of an Early Victorian style picture (reproduced by the 'Three Colour Process' from the original watercolour by MRS MABEL LOW) and ribbon to front. Inside cover carries complimentary dedication and charming explanation of the illustration. Inside contains 12 pieces of blotting paper in different shades of blue & pink. Only the first 2 show slight signs of ink marking - the rest are perfect. Set within some of the pages are seven satin type fabric swatches with most attractive designs, and some fabric scraps / trimmings. Back inside cover carries full page calendar for 1914 and postal information 23 cm x 20 cm.

Tags (All lower case. Use " " for multiple word tags):
Albums: Harringay Memorabilia | 2 of 2

Not quite Cyprus Laundry but a very near competitor.    Brought back some good memories of time spent working at Oceana Laundry in St Annes Road,  almost opposite Hermitage Road, probably around 1965 around a year after leaving South Grove SM School.